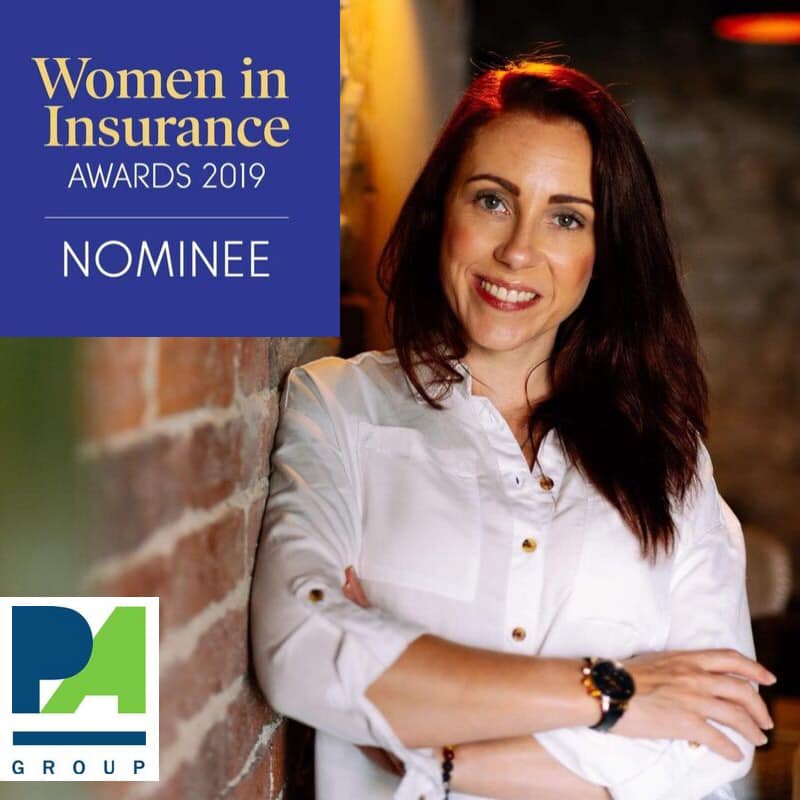 I’ve worked in the insurance industry for 23 years- I set up my first insurance broking business 20 years ago and, like anyone, I have had ups and downs over the years- but I really have loved working in this industry.

Now, I split my time between the insurance world and the world of mental health, which means I really do get the best of both worlds. I’m making a difference in the industry that I have known and loved all my adult life- AND I am doing work that I am deeply passionate about, in the business that I co-founded last year- AND there is an unprecedented amount of cross over!

I have never paid very much attention to awards and things like that- I mean, I have been to lots of awards ceremonies; and I love seeing other people be recognised for their achievements. It has just never occurred to me that I would ever be nominated for an award for anything.

I just found out that I have been nominated and have been shortlisted as a finalist in the Women in Insurance Awards- in the ‘Woman of Distinction’ category. I don’t really know what to say about it except I really am blown away- I had no idea I had been nominated and it is really very nice to be recognised for my achievements and the contribution that I make. I don’t mind at all about winning or not but I am definitely getting a new dress!

Here is the link to the article in Insurance Business Magazine – I am VERY proud to be shortlisted alongside the other amazing women there…….